My little buck is turning 3 in less than a month, I can't believe how much he's grown and accomplished in these short 3 years of life!

For the past 2 years I've done themes for Asa's Birthday Parties. His 1st Birthday was a cause for celebration of his life and what we had accomplished in that 1st year of being - so we had a Carnival. I found and ordered a Castle Bouncy House off Ebay (still love this thing), had a popcorn machine, cotton candy, clown noses, red and white striped tent and my mother dressed up like a clown and painted faces. He was really too little to enjoy the festivities, but everyone else and all the other kids really had fun. 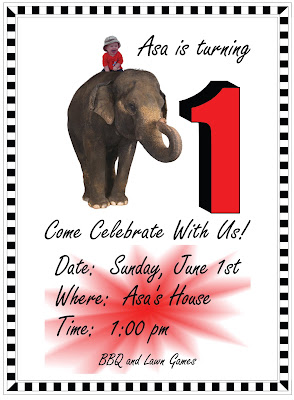 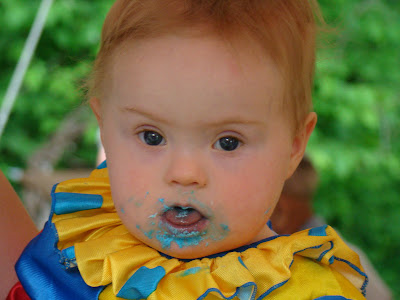 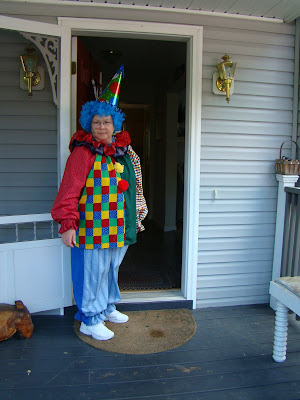 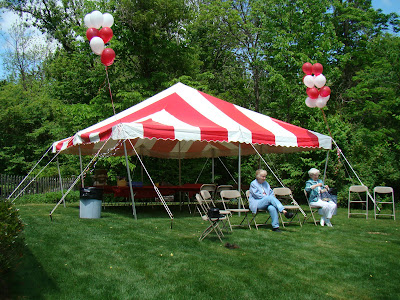 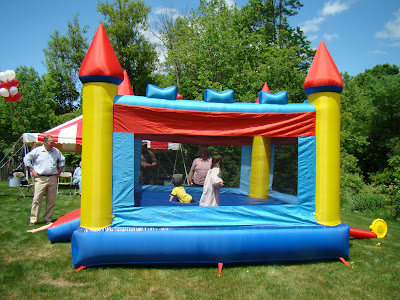 For his second birthday we had a Beach Party - I built and sanded a nice sunny spot along our little river where our firepit was and it gave me inspiration. I filled the Bouncy House with Beach Balls and laid out towels and blankets on the lawn where people could sprawl, and of course it rained and was cold. 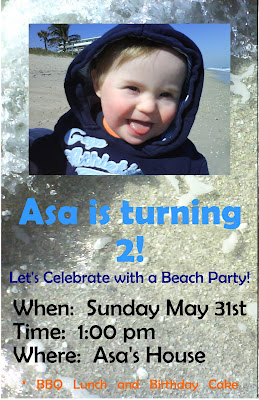 Now that we've moved I tried to think of what I could do on the one little grassy knoll we have that would be fun and inspirational and where we could set up the bouncy house (that's a Birthday staple now) and still have a tent with table and chairs. I'm so proud of my little guy and he is absolutely obsessed with Yo Gabba Gabba, what is it with this show? It is like crack for kids, as soon as DJ Lance appears carrying his Boom Box we are in Gabba Trance. So I was thinking of doing a Yo Gabba Gabba theme, but I never really want to go that commercial - you know what I mean? Like a homemade Halloween Costume verses the store bought plastic kind. So I decided to stick with the theme but go Rock Star! Because every little guy turning 3 is a Rock Star - not quite a boy, but coming out of that toddler stage, just rocking it and rocking the boat too!

Don't know how "all out" I'll go - we'll see when we get the deck built and the grass planted. The goal is to have grass growing by the day of his party! It's a goal :-) 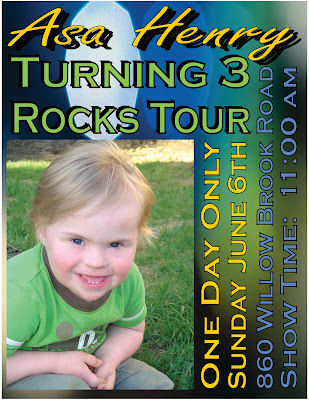 Check your Mail Box for yours!
Posted by Jackie at 4:05 PM