Just a another thing...

I called at the beginning of the week to make Asa an appointment with his Ophthalmologist totally expecting to not get in until September. Which would have been the case if they didn't have an opening at 1:15 yesterday! This is the second time we've been to see the eye doctor since December. Last fall I noticed Asa turning his right eye in to focus on certain things. Most particularly when he's sitting in the tub and looking up at me trying to focus on my face. Well, in December we couldn't get him to do this even with his eyes dialated! But he's continued to do the turning in thing since, his OT was most concerned because she sees it on a regular basis when he is working on things close-up. So back we went yesterday for more dialation and apparently they never tried to get him to do the turning in focusing at an elevation last time... I was sure I said he does this sitting and looking up at me but with a screaming kid who didn't want to sit still it might have not been communicated very well. It is a battle, BATTLE! to get drops in Asa's eyes.

The end result; they were able to get Asa to turn in his eye by focusing on something at a elevated level and the suggestion is to try to correct this before it gets worse with glasses. They won't necessarily be to correct his vision, but to help him when he's having a hard time focusing and keep him from turning his right eye in order to focus.

The avenue of glasses is so foreign to me. I haven't been to an optometrist in 15 years. We have a prescription but I want something that a) looks good, b) is comfortable c) will stay on and d) is durable! My friend Leah over at Garden of Eagan swears by these. 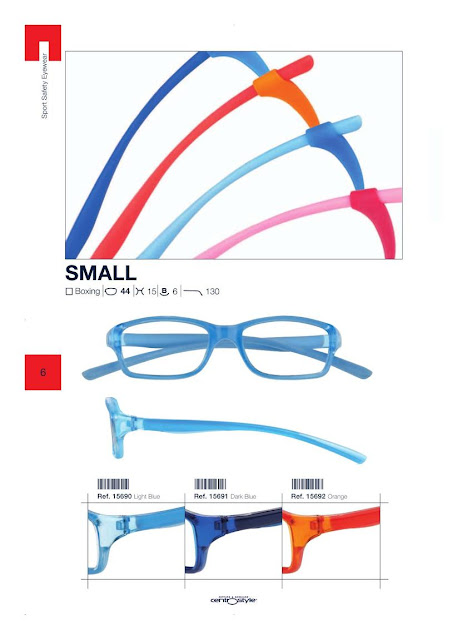 They have a rubberized nose area and arms for added grip and they have these handy dandy clips on the arms that help keep the buggers on! So much nicer and more comfortable than things that curl around your ears.. My problem is that I'm not sure if there is anyone in our area that carries them. Either I'm going to have to do a lot of calling around or see if our friend (who happens to manage an eyeglass shop) has a distributor that can get these..
Posted by Jackie at 10:59 AM