Okay, it's been forever since I posted last. I've been crazy busy working and playing LIFE that I finally have a chance to breath - literally... My game piece is full with a husband and kids and I haven't made it over the bridge to Millionaire Meadows yet! I hoped to have pictures of Asa's Birthday Party, but of course the battery in my camera was dead! Thanks to our friend (and neighbor) Steve's IPHONE, we got one of the many facial expressions from singing Happy Birthday. 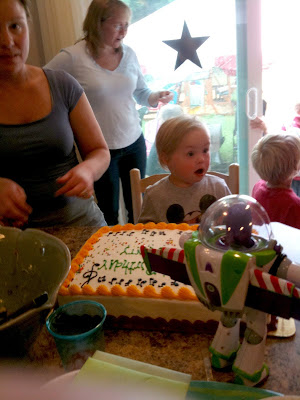 Do you see Buzz Lightyear (thank you Steve and Jen!) in the foreground? Can we say Toy Story infactuation! Asa got both Buzz and Woody for his Birthday. Woody is called Buddy - the Woo is a little more difficult, which also brings to my mind apraxia of speech, but I'm not going to go there right now - I'm keepin' an ear on it shall we say... Buzz and Woody sleep with Asa and he has a panic attack if Woody loses his hat! Cause you know, "A cowboy with out his hat is like a yodel with with out a hey-hee-who"... And wouldn't you know, two days after Asa got Buzz he fell off the kitchen counter and his left arm broke off! Just like in the movie - LOL 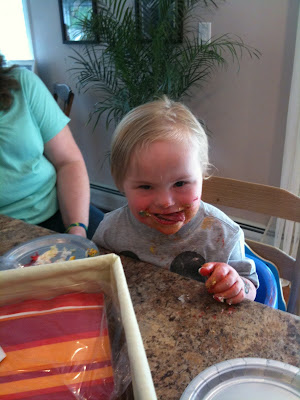 We've been having summer fun gardening and driving our Jeep! The latter is a very important thing in our household. When Asa was born one of Brian's biggest concerns with the Down syndrome diagnosis was would Asa have the ability to drive (a hefty burden at 2 weeks old!). It really bothered him to think that his son may not be able to drive. He wanted him to race just like Daddy - there has been a go cart sitting in Nana and Bumpa's garage for 2o years waiting for it's day in the sun again... So that said, guess who is a Jeepin' Rock Star? 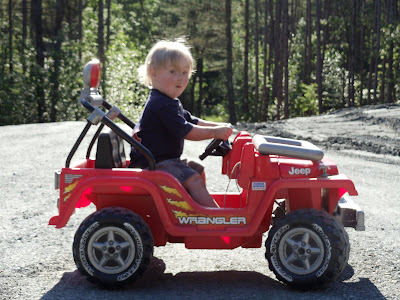 Our yard has slowly been coming together - I'm lovin' planting shrubs and flowers and we finally have grass growing! We transplanted this huge peony and it survived! 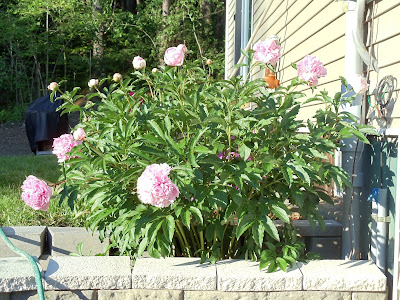 Here are some pics to die for.. He's a Rock Star out of control!!! 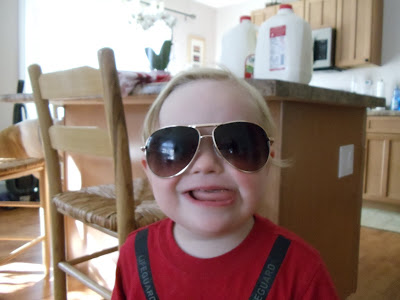 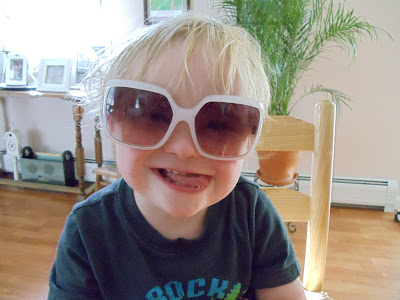