We're back from vacation. It was nice to thaw out in the Florida sun for a few days. Now back to 20 degrees and snow still on the ground. It's melting, but very sloooowly.

I only have the pics I took on my cell phone right now, haven't downloaded the camera yet. We had a great time even with some bumps along the road. First night we were in Hutchinson Island Mr. (I don't listen anymore) was running by the pool, tripped and fell smacking his face off the cement. His forehead hit first and then he skidded about 6 inches on his upper lip below his nose. Some nice road rash and egg that is finally going away. Then Sunday he came down with the puke bug that lasted through Tuesday (went to ice cream shop and the mere sight, I'll leave it at that). So, I caught a lot of puke for a couple of days. The most pleasant was at TGI Fridays, thank God we were sitting outside... My cousin Kiki got it early Wednesday morning and fought it the whole way home, it finally caught up with me yesterday morning. Feeling better today, we kicked it a lot faster then him.
﻿

Here we are at the beach. 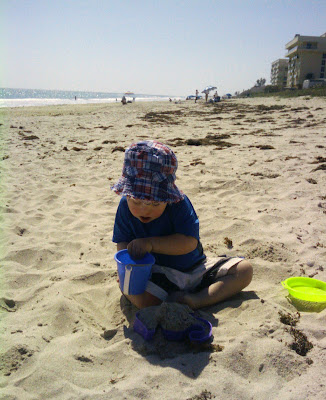 The best friends soaking it up. 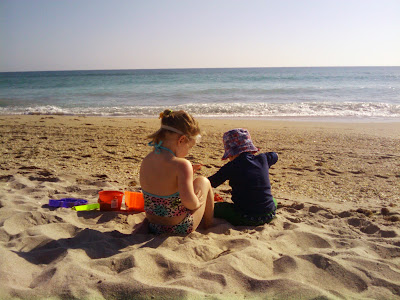 Sunday afternoon, not so good. 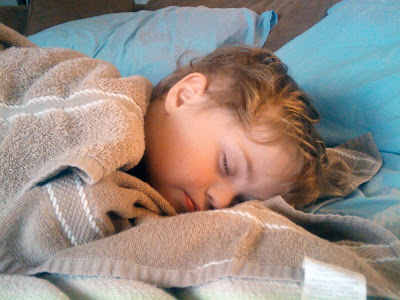 A little better Tuesday (until the ice cream). 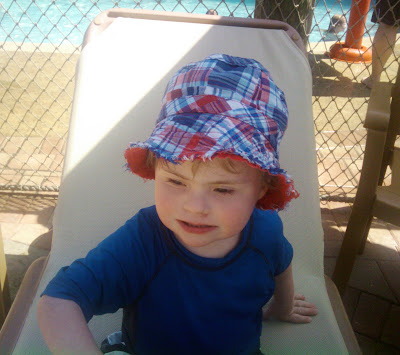 We flew into Orlando, got killer deal on airfare, drove 2 hours to Hutchinson Island for 5 days and then went back up to Orlando for Monday and Tuesday. Stayed at Coco Key Water Resort, it was fun. Ace would of enjoyed it more if he were feeling better. Great water area for smaller kids. 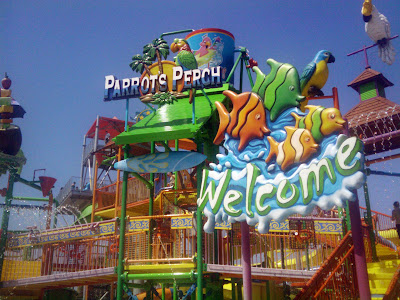 Scored Mickey hat at one of the knock off shops on International Drive. Disney we just couldn't fathom with a 4 yr, 3 yr and 6 month old. That's another trip... 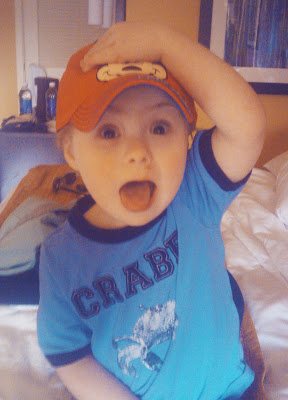 He lost a few pounds in the 3 days of only liquids and french fries.
Will post the rest soon...﻿
Posted by Jackie at 4:01 PM