4 Years ago our lives changed forever. We were blessed by a child who placed a magic spell on us. From the day he was born he has put a smile on every one's face and let me tell ya' my cheeks hurt....

Saturday was the "Official" Day. It should of been the 3rd, but 24 hours of labor made his birthday the 4th.

I wanted him to know how special his day is. So, after the angel fell asleep I blew up a bunch of balloons and put them in his room. I also got a BIG Buzz Lightyear balloon. At 6:20 am I here a "Mom?", "huh", Buzz?", "BUZZ?", "YEAH, YEAH, YEAH, YEAH!" Both Brian and myself started cracking up. I had the camera and I opened the door. The fuzziness was how my eyes were, the camera must of felt the same way. 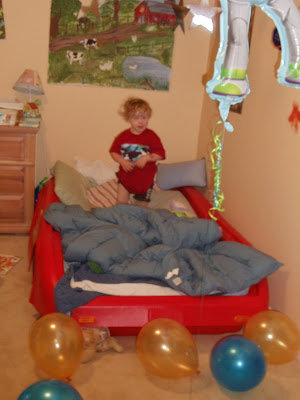 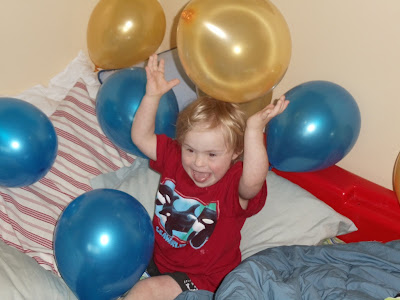 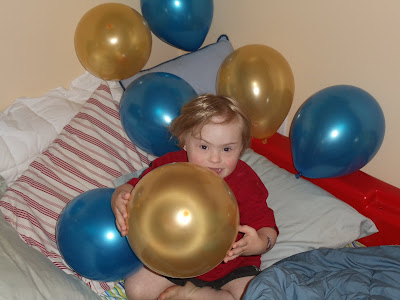 No, he didn't sleep with the balloons, I threw them at him in his bed after he woke up.
Sunday was his party - Luau Style 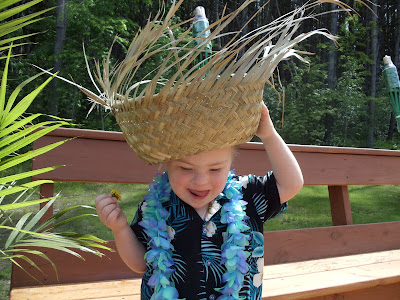 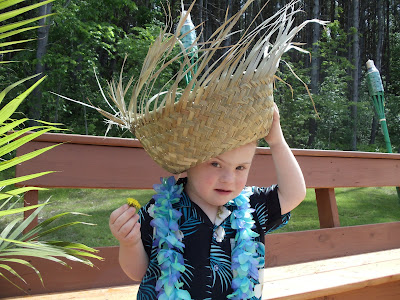 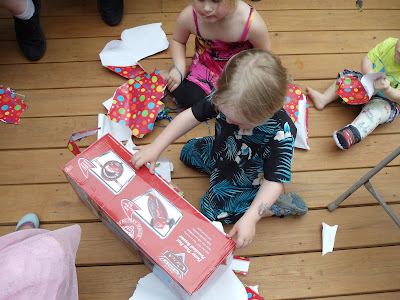 I as usual did not get many pics. I lost my camera at one point, but his gift from Grammy and Grampie was his very own real camera. I need to down load those pics cause I took some on it and some of the ones he took are hilarious. Lots of his dog Frankie's butt - LOL
HAPPY 4TH BIRTHDAY POOKA POO! I hope you had as much fun as the rest of us did!
Posted by Jackie at 2:31 PM