This weekend we spent breaking in the new glasses (Asa, mommy doesn't mean break your new glasses either!) Check out the dapper dude! 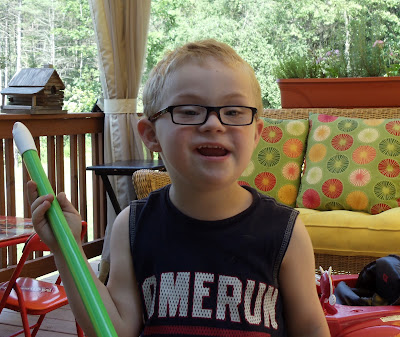 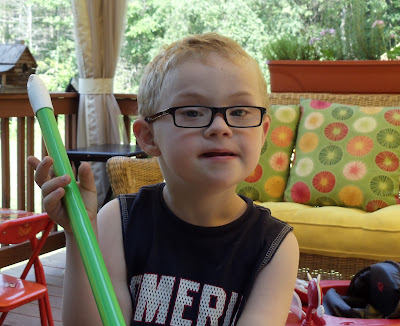 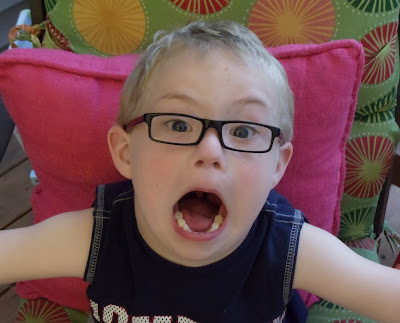 We had a visitor last evening. I was headed to the garden to pick some cucumbers and when I turned the corner this is what I saw! I gasped and Brian said "What?" (He was sitting about 75 yards from him and never noticed!) I loudly whispered "M-O-O-S-E!" He was nosing the cherry tomatoes! It's a miracle he didn't trample right through the entire garden. Bullwinkle was just a little guy. You can see where his horns are barely started to sprout on his head. We were afraid Momma wasn't too far away so we kept our distance. Asa was just amazed, he was a really pretty bull... 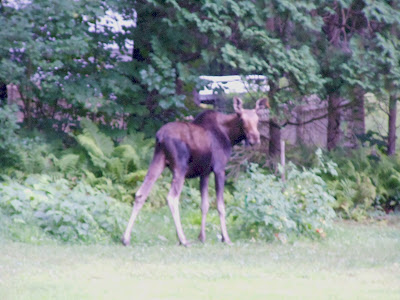 He came down the snowmobile trail, nosed the garden and headed out front of the house. At a leisurely pace, we surely didn't mind we were loving watching him. 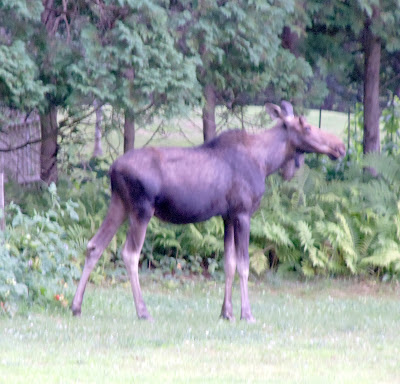 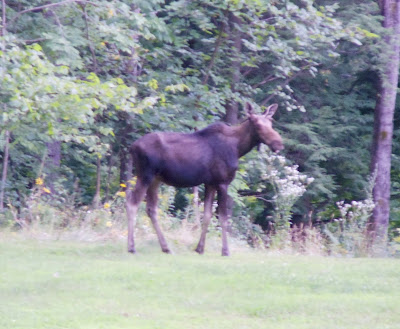 The pics didn't come out very good because I was a good distance away. I got video that came out better except for my shaking! The second one I was holding Gracyn in my left arm and trying to shoot (video - LOL) with my right...

He headed down the bank into the road. You can hear me ask if we should go stop traffic, but we could hear cars slow down and were just as amazed as we were... The cars freaked him out a bit, he didn't know where to go because he really wanted to walk right up the road! He eventually went down the bank on the other side of the road to the brook.

He didn't come back and we never saw Momma. Asa wanted to know where the moose was this morning and I told him he was long gone and we'd probably never see him again. He asked why and I said because he sleeps in the woods. He said "He sleeps in the woods? Why?" I tried to explain that's where he lives and he said the cutest thing, "With his Mommy?"
Posted by Jackie at 1:03 PM