We went to Maine for the Memorial Day Weekend with Grammy and Grampy. The official start to the vacation season for the coastal communities! It was cold, rainy, windy and snowed in higher elevations but we still had a great time! Brian was suppose to come up Saturday after work but it was torrential rains at home and he happened to catch on to the fact our sump pump was not working in our basement! Needless to say, he did not have a great weekend, but the basement is dry and thank God he figured it out when he did. No carpet to dry out and some water to suck up.

On Saturday Asa kept asking to go to the beach. The temps were in the 40's and really windy. We finally gave in about 3:00 and bundled up in sweatshirts, coats and raincoats. Grampy brought his metal detector and entertained Asa by dropping coins when he wasn't looking and burying them with his foot. Oh the delight when Ace would dig with his shovel and find his treasure. I did not get any photos, it was way too windy, wet, cold and the fact Gracyn would not let me put him down! He was freezing.

We went back on Sunday afternoon. At least the sun was shining! But don't let that fool you, it was brisk. I can't say enough about how much Asa LOVES the "beesh". He could spend days there with his shovel and pail. It's amazing to see how much he relaxes too once he steps into the sand and hears the ocean. I think he gets that from his Mom :) 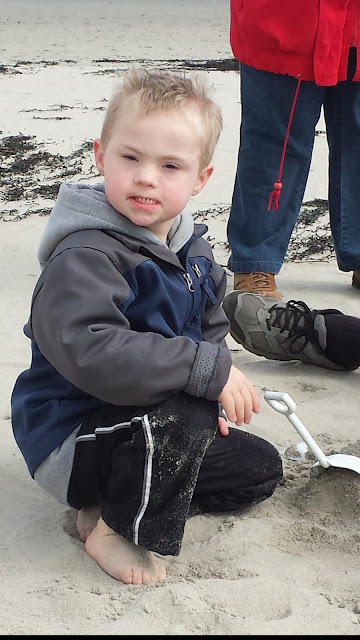 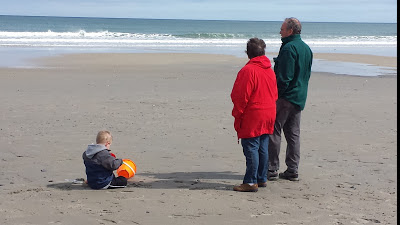 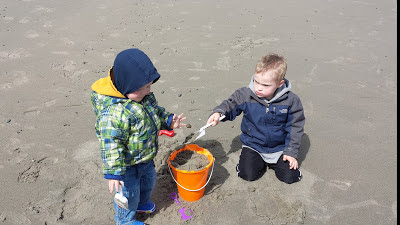 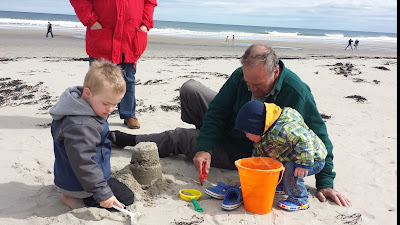 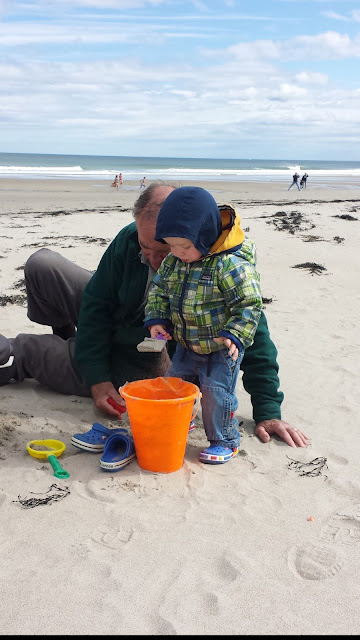 RELAXATION... Man I needed that!
Thanks Grammy and Grampy for a fun weekend. 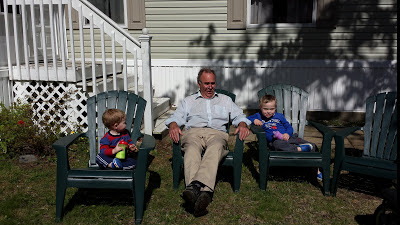