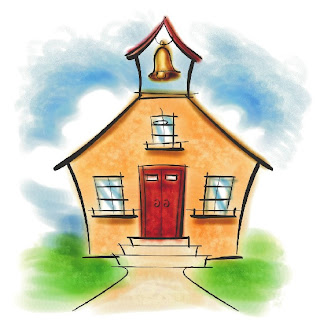 Asa has Speech Therapy on Tuesdays and Fridays at his Elementary School, it is tandem with OT on Tuesdays and PT on Fridays. I say his school because that kid owns it as soon as he walks through the door. It's like he's the President of the Student Body, every Teacher's Pet and I'm not exaggerating. Everyone, everyone knows his name, from the Principal Ms. Ellen to the Janitors, Gym Teacher, Nurse, Librarian. But what gets me the most is the kids, most of the kids know his name too! It was one of those moments this morning, Asa's SLP and I were standing in the Lobby talking before his session, he roams freely and we usually trail but we hadn't caught up yet, Ms Debra said "Oh, where'd he go?" We took a few steps toward hearing "Hi Asa!" "Hi Asa" "Hi Asa.." He was standing in the doorway to the Gym and all the kids had run over to him :-) If I had to guess I would say they were 3rd Graders, they asked him if he wanted to come in to their Gym Class - HA! Now how can a 3.75 year old have such a Fan Club, seriously! This is a bi-weekly occurrence when we have to go to "Big School".

Asa's School is K to 8th Grade, this makes me so happy that he will be in the same school, with the same peers and professionals for 11 years! I can't say enough about how lucky we are to have the caring and outstanding educational resource for Ace-Man, in our public school no less. His SLP actually said this morning that she wished he was starting Kindergarten next year so she could see him everyday, as much as I know he would LOVE to start Kinder next year, we'll just have to wait another year. He loves school so much that it is very difficult to get him to leave after his sessions, if he could spend all day that would be great!
Posted by Jackie at 11:39 AM