HAPPY NEW YEAR EVERYONE! It feels good to start a new, like a breath of fresh air or your favorite Febreze Plug-in that they discontinued the scent without even asking you first! (That's another post). We thought maybe we would stay at home New Year's Eve, but after not leaving the house all day (me and Ace) I was adamant about going to our Camping Friend's house. This was our first year going and every year they do an "adult" Yankee Swap. Let's just say there was a lot of large bottles being unwrapped of various flavors and proofs - HA! 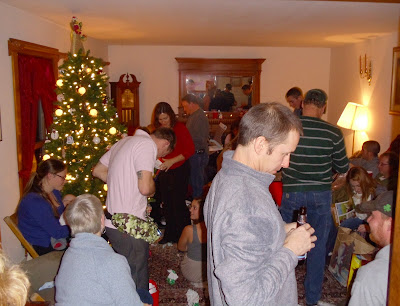 A Room Full. In addition to those of us that "camp" together there was various sisters, mothers, aunts, uncles and cousins about... 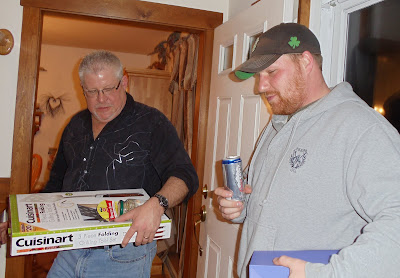 Brian and our friend Tim, don't they look excited for the new year?! Tim got a nice new BBQ set, we first had a HUMONGOUS veggie platter - platter. I traded that away for a giftcard to Olive Garden, then immediately that got stolen away and we ended up with a giftcard to Chili's instead - not quite as yummy. 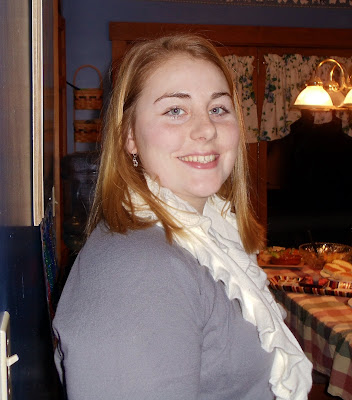 This is our friend Samantha and one of Asa's Favorite People. She used to work at the Daycare Center Ace used to go to, well her Mom is Co-Director and her brother is Brian's best friend Jeff, who is my cousin Kiki's fiancee and they just happen to be a part of the Camping Croo too. Confused yet? Miss Samantha is also a EI Physical Therapist. 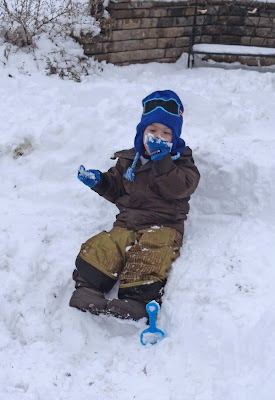 What is it with kids and eating snow?! I remember devouring it when I was little, but now that my little is doing it I think it is so disgusting! I watch very carefully and make sure he doesn't grab a handful of the yellow stuff, because with 3 dogs there is more then a couple of spots here and there. 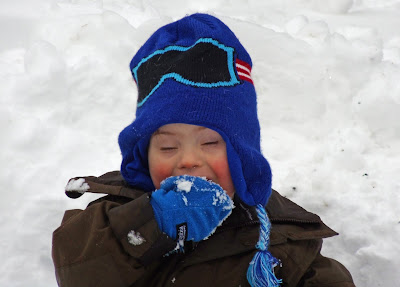 In fact, where he is sitting is a snow pile from the driveway - see the rocks in it. YUCK! 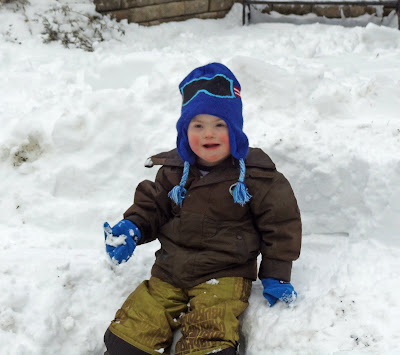 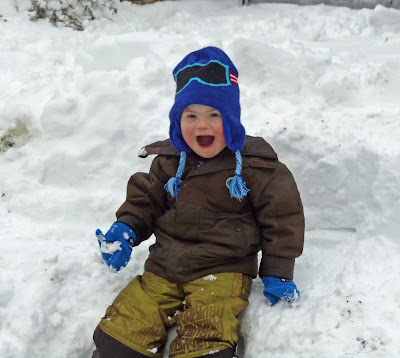