Even this morning Asa opened the slider and yelled "Thank you Easter Bunny!". This is all due to the fact that all his Easter candy, baskets and toys are still sitting on the dining room table right where the Easter Bunny left them. He took inventory again this morning and claimed Gracyn's stuffed Easter Bunny as his own, picking him up and turning him over saying, "ooh, pretty". I broke the news that was Gracyn's Bunny and he prominently said, "No mine". I told him he had a gazillion Easter Bunnie's in his toy room and he could go and pick any one of them to play with.

The day was cool and breezy here in New Hampshire and Vermont, hunting for eggs with gloves on was more of a necessity but the kids still had fun. There was a total of 5 missing eggs, a repeat of last year - Grampy has no idea where he hid them. Better Luck next year Dad, when maybe you'll finally remember to write it down... :) 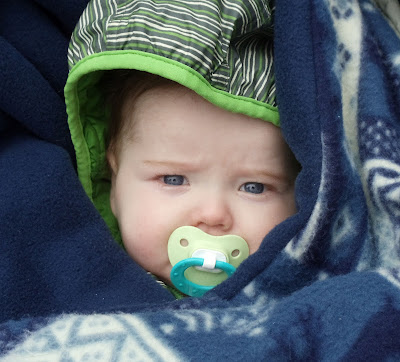 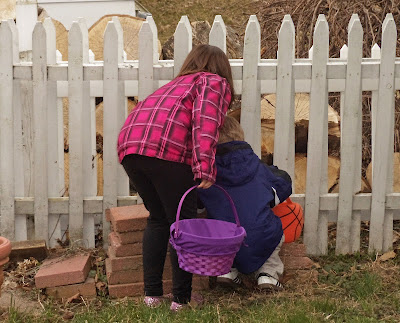 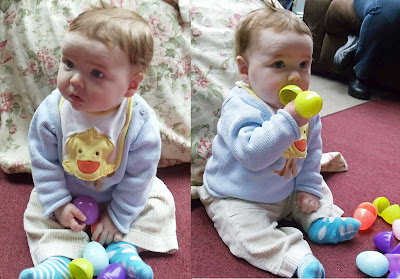 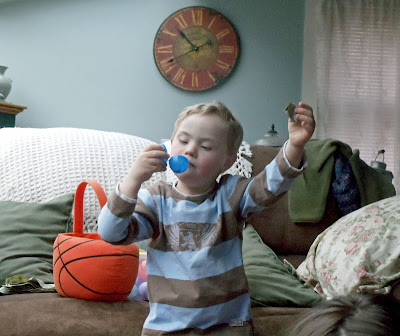 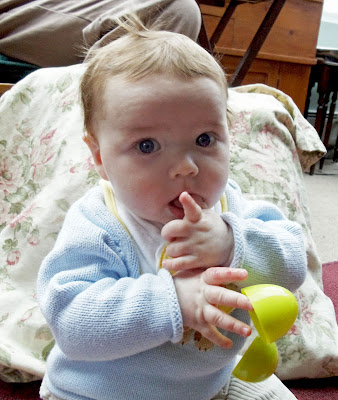 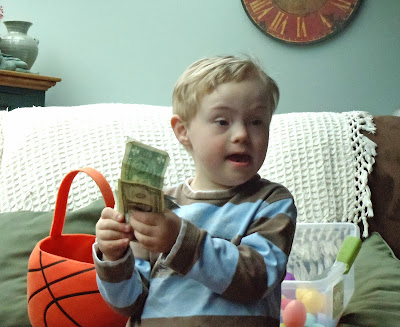 Hope everyone had a joyous Easter!
Update on Gracyn - Feeling much better, we didn't have to battle Hand Foot and Mouth in the mouth or on the feet! His face cleared up within a day and funny he got it on his elbows too...﻿ He's back to daycare and hopefully he can ward off anything else that comes his way! We also went for the head cast for his Plagiochephaly Helmet - I'm just going to tell people it's a helmet to straighten out his flat spots. Because really that's all that it is... Or rather, his flat and round spots - LOL His head is rounded on the left side when it should be flat. If all goes well he'll only have to where it for 2 months, just in time to enjoy the beach for the 1st time! We pick it up in a couple weeks.
Posted by Jackie at 11:24 AM