We had a very busy but nice Christmas. Way too many toys to find room for and the mass of them have something to do with a little boy's obsession called Toy Story! Woody and Buzz are of abundance in our house now. 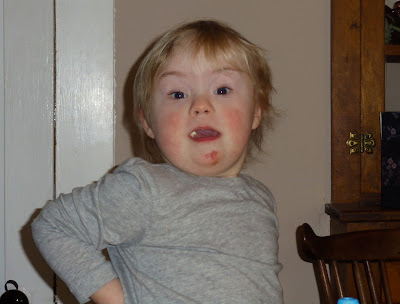 This is Asa Christmas morning eating breakfast at Grammie and Grampie's. This was our 9am stop. 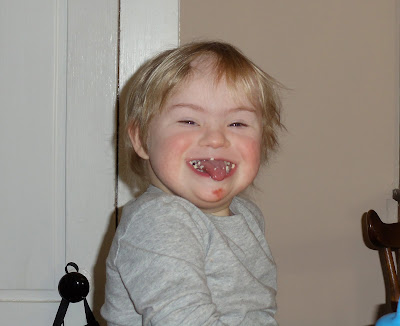 Check out the garage floor impression on his chin! Don't mind the eggs though... 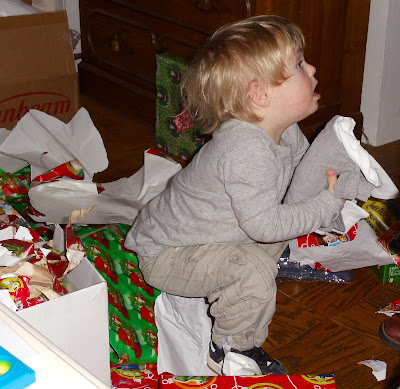 Asa ripped through his packages, apparent by the mound of paper behind him. 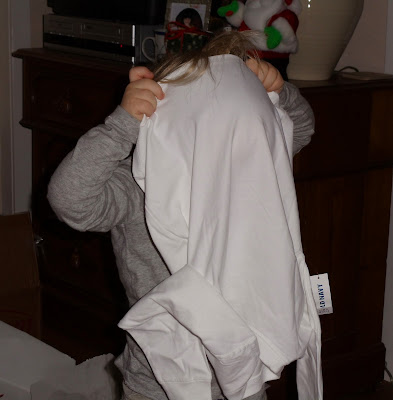 And every article of clothing he got he wanted to put on! And then would get mad at me when I wouldn't let him... 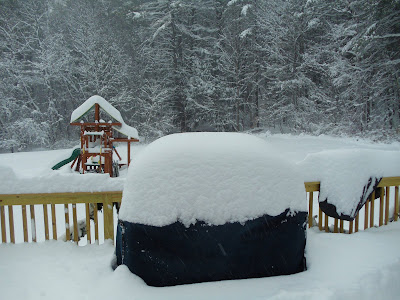 SNOW, SNOW, SNOW! We woke up this morning to this. It didn't start snowing until after 8pm last night and it is still blowing and snowing right now and is suppose to all day. The dogs were really funny. Russell wanted to go out the back door instead of the slider where Daddy had shoveled a path. Well, he's the smallest and jumped the snow mound going out and fell of the stair and was buried, wish I had gotten a pic. He looked up at me like I made him do it and wouldn't get 2 feet from the door. He came back inside and changed his mind about going out the other door. 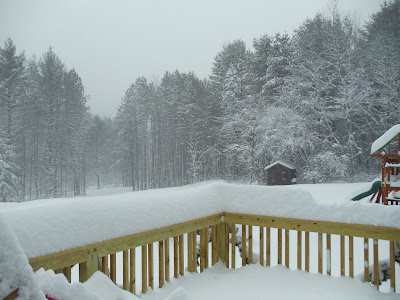 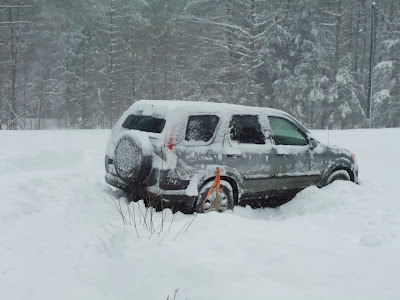 Brian shoveled out part of my car just enough to get me and Ace in. As you can see the snow is up to the top of my front wheel. 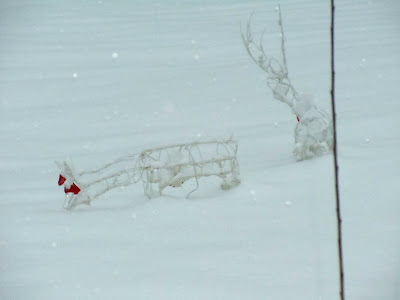 I won't get these guys out until Spring. 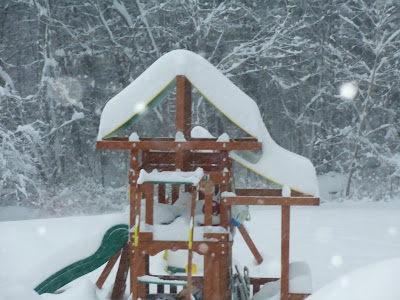 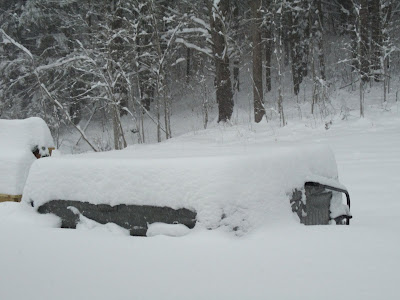 We have some major shoveling to do when we get home. 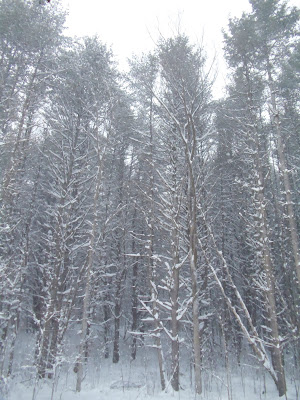 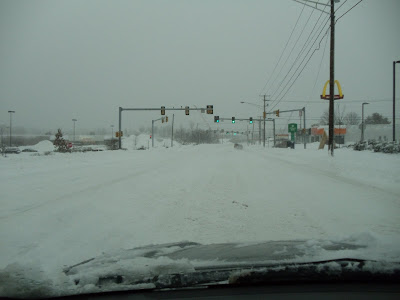 We made our way to Daycare and Work. I know Ma, I shouldn't be taking pictures while I'm driving... 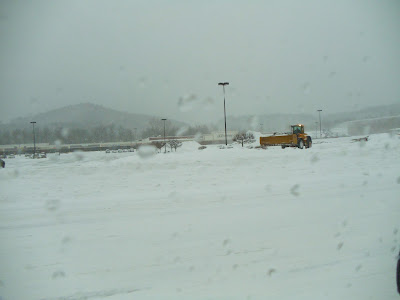 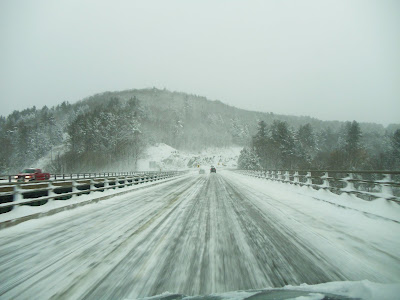 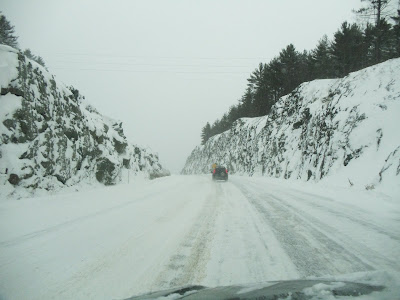 I guess I don't need to complain anymore that we don't have snow...
Posted by Jackie at 11:07 AM